skip to main | skip to sidebar

Dreadful miniatures. For now I'll just leave it at all the right arms look like they've suffered from shoulder dislocation. Maybe I'm putting them on incorrectly but they look horrendous at every angle. I can only imagine the infantry types are just as dire. Maybe it's time I invested in some Victrix sets.

Looks like I'm the latest recipient of disappearing comments. This seems to be a longstanding issue and Google hasn't seen fit to rectify the situation for going on three years. Comments on older posts are still there but newer ones have disappeared. They must have pushed out some "new and improved" code after a piss poor performance by their QA team. There seems to be a lot of that going around these days.

I'm well on my way through cleaning up two boxes of the plastic Wars of the Roses Infantry figures from the Perry brothers. The obligatory mold lines aren't the worst I've ever seen but they're obviously there, and my OCD just won't allow them to stay!

While I haven't quite decided on the number of figures to do up for archers, billmen, and command, I have pretty much decided on a retinue thanks to my genealogy obsession and Citadel Six Custom Design. I'll keep that decision a mystery until I actually do a little more research and get these models ready to paint.

I just about have all the bodies cleaned up and plan on doing the heads next so I can get them attached for easier painting. The arms and weapons will also likely be painted separately, at least to a point, to make painting an easier task.

Now, if I can just stop watching Turnip28 videos and hold off that temptation for a while...

I ordered and received my first bases (80mm frontage) for the Triumph! rules. Bases were ordered from two suppliers so I could determine a preference, not only for the material but also for the quality of the cut. The suppliers were as follows:

While the MDF bases are a bit cheaper, the plywood ones may be better for allowing me to successfully attempt an idea I have for labeling each base with army and troop type info. If my initial attempt is successful I will post an "How-To" article.

I'm finally starting to get back into the world of miniatures after a few years down in the dumps. I'm looking into a few different rules with Triumph! and the Impetus variants currently leading the way for rules with a broad historical focus.

Nevermind the Billhooks and Test of Resolve are leading the pack for my eventual delving into the Wars of the Roses.

80mm width bases have been ordered for my 28mm Norse-Gael and Viking armies. These will be for use with the Triumph! rules. I'll need to order some 120mm bases for the Impetus rules.

I will be moving within the next few months. Hobby stuff is back on hold while I pack all my crap and sell my place.
Posted by WPRII at 15:49 1 comment: 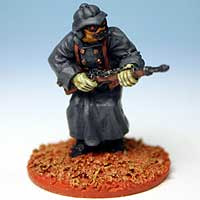